Babeldom is a city so massive and growing at such a speed that soon, it is said, light itself will not escape its gravitational pull. How can two lovers communicate, one from inside the city and one outside? This is an elegy to urban life, against the backdrop of a city of the future, a portrait assembled from film shot in modern cities all around the world and collected from the most recent research in science, technology and architecture. 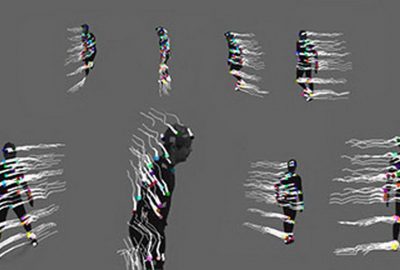 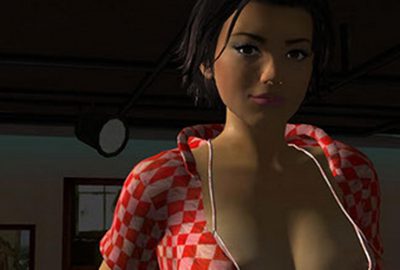 ‘A fascinating meditation on the cities of the future… There is something of Iain Sinclair, J G Ballard and Italo Calvino here, and of the night time Paris in Godard’s Alphaville.’ Peter Bradshaw – The Guardian

‘It’s a complex architectural vision equal parts awesome and terrifying… this is a film – and city – to get lost in.’  Isabel Stevens – Sight and Sound

‘Brilliant speculative fiction ‘report’ from the urban frontier of a future city… Bush is a most compelling collagist, and he succeeds in his attempt to forge a type of Borgesian cinema of the future-present. His tower of images speak of truth and fantasy to yield an incredibly alien and beautiful work of the here and now.’  Madeleine Molyneaux – FNC

‘A challenging and singular exploration into the (possibly grim) future of mankind …Bush beautifully examines the concept of nostalgia and memory on a molecular level.’  Matt Thrift – Little White Lies

Youla Boudali and Mark Caven in an Ancient Mariner Production