More than three thousand insects appear in this film each for a single frame. As the colours glow and change across their bodies and wings it seems that the genetic programme of millions of years is taking place in a few minutes. It is a rampant creation that seems to defy the explanations of evolutionists and fundamentalists. It is like a mescaline vision dreamt by Charles Darwin.

The film is inspired by the insect collection of Walter Linsenmaier in the natural history museum of Luzern. As each insect follows the other, frame by frame, they appear to unfurl their antennae, scuttle along, flap their wings as if trying to escape the pinions which attach them forever in their display cases. Just for a moment the eye is tricked into believing that these dead creatures still live . . . 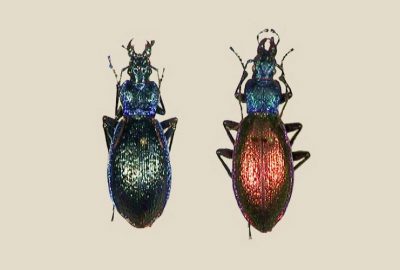 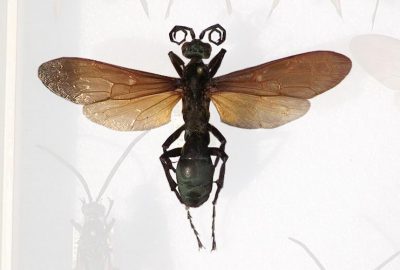 ‘As thousands of different species swim past our eyes, a strange effect occurs. We feel to be watching a single species morphing from one phase in its history to another. It is as though we were watching a time-lapse film, albeit one charting the entire story of evolution rather than a few hours or days… The effect is akin to an evolutionary sublime – the sheer volume of information which floods our sensory apparatus overpowers our ability to identify, classify or comprehend any individual species. Accordingly our brain accepts them to be a single unity; as one monstrous shape-shifting creature in constant metamorphosis… The experience the work offers is both marvellous and monstrous; of a kind of natural history gothic where the artist is like a sorcerer’s apprentice at work in the sanctity of a museum. ‘ Alistair Robinson, Director, Northern Contemporary Arts

Made with financial support from NESTA (the National Endowment for Science, Technology and the Arts)