A ship sets sail on an epic voyage through malignant natural and supernatural elements from which one man alone survives. An adaptation of Samuel Taylor Coleridge’s The Rime of the Ancient Mariner illustrated by nineteenth century wood engravings which are animated by scratching directly into the surface of colour filmstock. The Rime of the Ancient Mariner with its message of ecological redemption has a curiously contemporary resonance, but it is at the level of the mythic that the poem has lasting relevance; for this epic tale of extraordinary events simply mirrors the struggle that each human being faces on their own in his or her life. 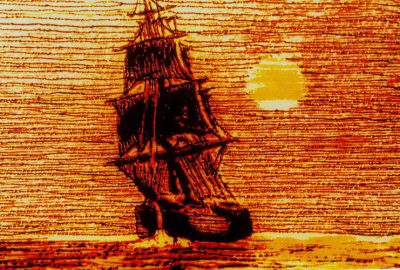 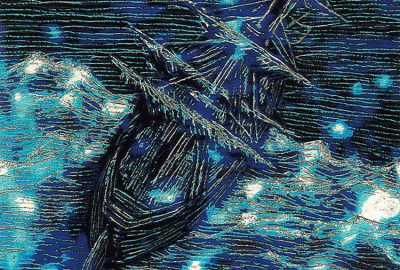 ‘This work is extremely realistic in its reproduction of human forms, churning waves and rocking vessels on the sea, which clearly have been created with the use of live-action reference footage…In terms of The Albatross’s imagery, the intersection of documentary and fiction is quite strong, with the underlying live-action footage evoking a sense of the real while the etched images are themselves quite stylized.’ Maureen Furniss

‘A beautifully animated, suitably poetic adaptation of Coleridge’s ‘Ancient Mariner’. Forever teetering on the brink of abstraction, the visuals are at once immaculately realistic and appropriately mythic.’ Geoff Andrew – Time Out

‘Watching the Albatross is like reading a book by moonlight on a boat.’ Chris Robinson – Unsung Heroes of Animation